skip to main | skip to sidebar

European Economic crisis: The Shot Heard 'round the employment World?

Perhaps you have read , or know through someone who has read , theses dreaded “discomforting” message from market. 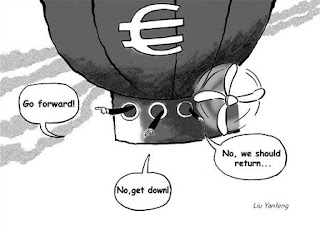 There has been a lot of speculation about the messages. Is this first wave of warning to get rest of the world prepare for impending economic scenarios? Hard to say
detect on its own? Hard to say.

An indicator:
The placement dates by major companies are yet to be confirmed and number of requirement is kept under wrap.

Adivce:
Be prepared for changing if not already changed scenarios. It may be challenge to "grab" u r first job or challenging to "retain" the one u already have. Thinking Times Ahead